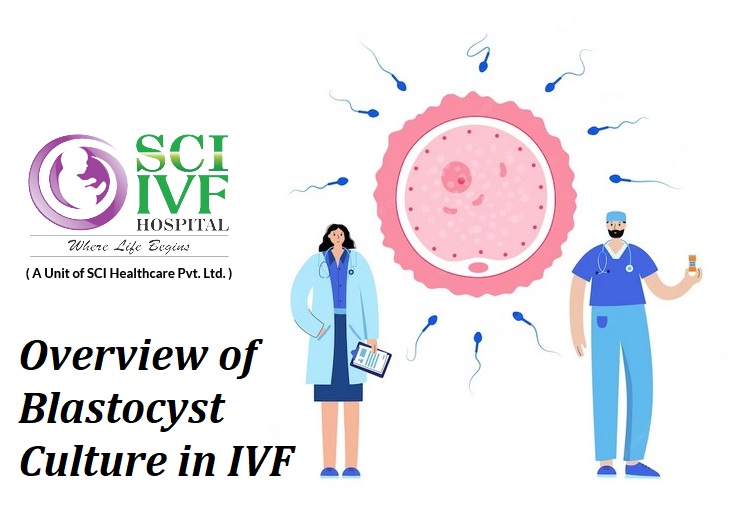 The term “blastocyst culture” refers to the embryos grown in the lab for more than two days, which are known as blastocyst embryos. The incubation of the embryo results in the development of a blastocyst outside of the human body in a laboratory with the use of an appropriate culture medium. The most reputable blastocyst culture centre in Delhi suggests Transferring a single blastocyst with a fast frequency of implantation will raise the likelihood of a healthy singleton pregnancy and lower the frequency of multiple births and the hazards that go along with them.

How does blastocyst culture work in IVF?

By simulating natural conception, a blastocyst transfer can reproduce how an embryo enters the uterus five days after ovulation while traveling through the fallopian tube. For a better probability of implantation, this synchronizes the embryo’s growth with the uterine lining. Only the strongest and fittest embryos will successfully progress to the blastocyst stage under the selection pressure that blastocyst culture places on a group of embryos. The blastocyst culture center in Noida will raise the likelihood of transferring a genetically healthy embryo with a high potential for implantation by carefully removing sluggish and arrested embryos from the transfer. A healthy pregnancy will be more likely as a result.

During pregnancy, sperm fertilizes the egg in the oviduct, resulting in the formation of an embryo. The portion of the oviduct nearest to the ovary is often where fertilization takes place, and the embryo remains growing (by cellular division) as it returns down the tubes forward towards the uterus. The embryo typically enters the uterine cavity approximately five to six days following fertilization. It is currently a blastocyst or an embryo with around 100 cells.

The most capable embryo(s) for embryos can be chosen by letting embryos expand and develop in the laboratory in the best blastocyst culture center in Noida until they achieve the blastocyst stage since only the embryos with the greatest potential for development become blastocysts.

Additionally, in a normal pregnancy, the embryo must travel to the womb for around five days after conception before it settles. On this day, the uterine lining is most receptive. Thus, blastocyst transfer in Delhi’s culture center is more physiologic.

Broadly expressed, this method of self-selection can be thought of as “natural selection and survival.” The embryos that make it to this developmental stage are more prone to be sturdy, strong, and muscular. The embryologist would advise either transferring them on Day Three or delaying it until Day Five, depending on the quantity and grade of the eggs on Day Three and the patient’s medical background. Blastocyst diversity gives no benefit to individuals who have fewer extracted eggs, fewer viable, fewer developing, or lower good value eggs by day three because there is nothing to be achieved by more embryo “self-selection.”

Benefits of blastocyst culture in IVF

When you examine the blastocyst underneath a lens, you’ll see that it differs greatly from a three-day embryo in appearance. First, a chamber holding the blastocoel fluids is located in the center of the superstructure. The next region is known as the mesenchyme, and it contains a substantial group of cells that will eventually develop into a fetus. Finally, another group of cells close to the central chamber, which develops into a membrane, makes up the blastocyst’s last component.

Because it facilitates easier establishment, a blastocyst transplant is a superior choice in Noida’s best blastocyst culture center. The embryo moves into the womb on day two when a woman uses a non-IVF method of conception. The chances of getting pregnant increase when the surgeons implant the blastocyst into the fertilized ovum on days Five or six. Additionally, it is more efficient to perform genetic tests on blastocysts.

Scientists can examine embryo development for a longer time by prolonging embryonic cultivation to between five and six days. It is completely acceptable for only certain embryos to advance and mature to become a blastocyst throughout these extra few days. Because blastocysts in the best blastocyst culture center in Delhi are a more exclusive group, they are more likely to develop into a baby than embryos at previous incision phases.