Recurrent miscarriage, often known as “recurrent pregnancy loss,” is the loss of three or more consecutive pregnancies that were medically confirmed before the 20th week of pregnancy. It is still unclear if extremely early pregnancy losses detected by sensitive pregnancy tests rather than ultrasound would be incorporated. If you’ve had two losses in a row, your doctor will likely recommend testing for RPL and starting treatment at the top IVF treatment centre in Delhi.

How to Identify a Recurrent Miscarriage

A fertility expert or ob/ gyn will look at a patient’s medical history and previous pregnancies to establish the root reason for repeated losses. A doctor may suggest further tests, such as a pelvic check, to ensure your health.

Suppose your doctor suspects that your repeated miscarriages are due to a genetic defect. In that case, they may order a karyotype to determine the number, size, and arrangement of chromosomes in a tissue sample.

MRIs and sonograms/ultrasounds are standard imaging procedures an IVF specialist doctor in Delhi may do to rule out uterine problems as the reason for recurrent miscarriages.

Suppose a woman has an issue with the structure of her uterus. In that case, it may be seen on an ultrasound or hysterosalpingogram (HSG), an X-ray of the fallopian tubes and uterine cavity. A doctor can uncover immune system issues like APS via blood testing.

Treatments to Maintain Pregnancy after Many Miscarriages

Depending on the cause of your miscarriage, there are a variety of therapies that might help.

A woman with a low ovarian reserve may benefit from fertility treatments that include donor eggs. Still, she may also need to consider other options, such as a sperm bank or embryo adoption. These choices might not be best if, like most couples, you want to have a genetically related child, but they are excellent choices.

Medication for autoimmune illnesses or blood clotting problems may significantly reduce your risk of having another miscarriage.

It is possible, for instance, that even if you take a baby aspirin every day in addition to blood thinner injections for your blood clotting issue, your upcoming pregnancy will be genetically defective and result in a miscarriage.

Injections won’t correct a hereditary defect. However, your chances of success may be boosted by using blood thinners, which are provided as tiny, painless injections under the skin in the stomach region and can be done at home.

Surgery is often an option when the uterus is at fault. Patients should expect to go home and start feeling better within a few hours; in some cases, this is all that is required to bring a subsequent pregnancy to term.

IVF with PGT allows IVF specialist doctors in Delhi to choose healthy embryos with the correct number of chromosomes if one spouse has a genetic abnormality. They are professionals in performing IVF with PGT testing, which increases the likelihood of a successful pregnancy.

All IVF embryos will now routinely undergo genetic testing. If you know the warning signs, you may stop the transmission of many genetic disorders within your family.

Use donor eggs or donor sperm

Donor eggs or sperm may be used instead of those from the spouse who has the translocation to have a child.

Women who have had two or more miscarriages must see a fertility expert at SCI IVF Hospital, a well-known IVF treatment centre in Delhi. They have access to more advanced diagnostic equipment that may help them determine the cause(s) of your miscarriages. You are advised to wait to attempt to conceive until doctors know the outcomes of your miscarriage tests. 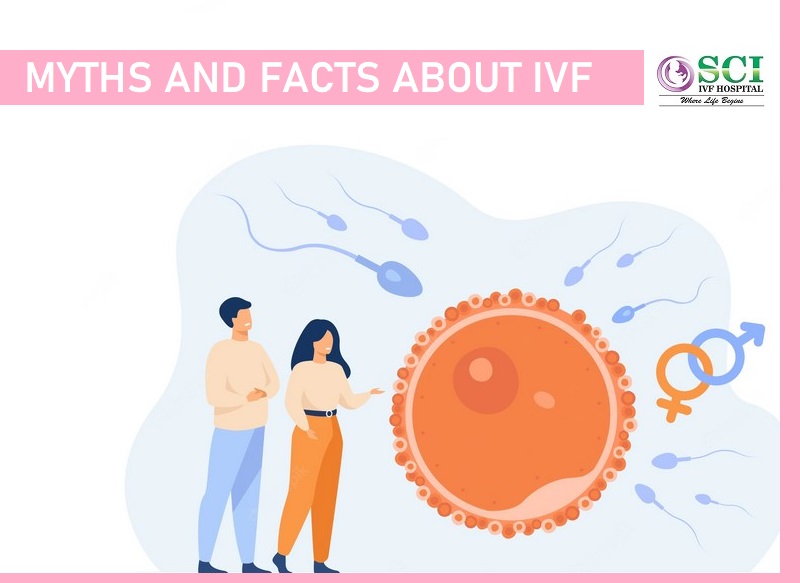 Myths and Facts About IVF You Should Know

Tips to Prepare for an IVF Treatments / IVF Cycle

What to Know Before You Visit an IVF Centre in Delhi